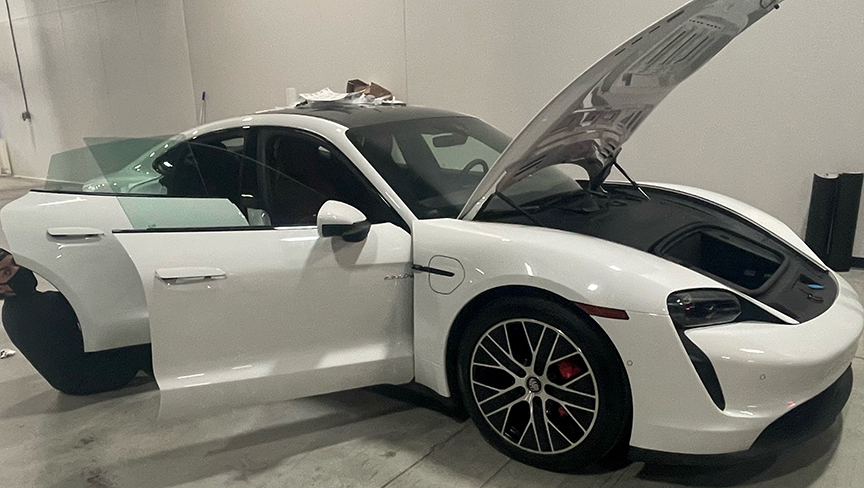 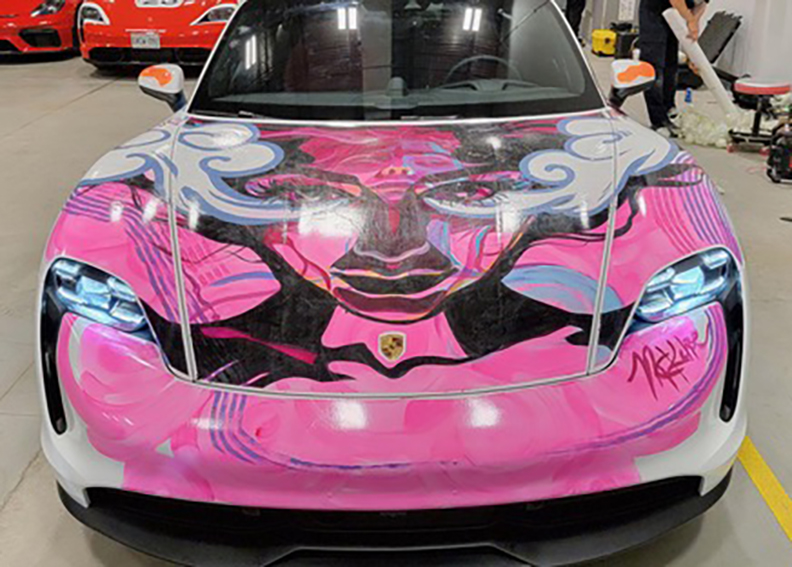 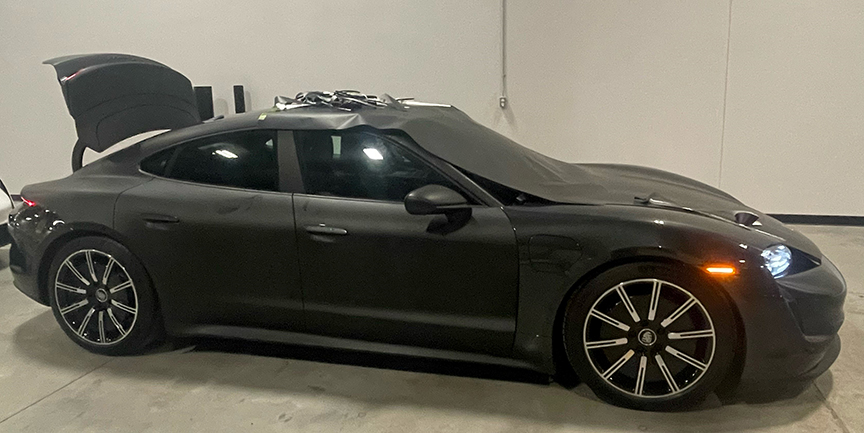 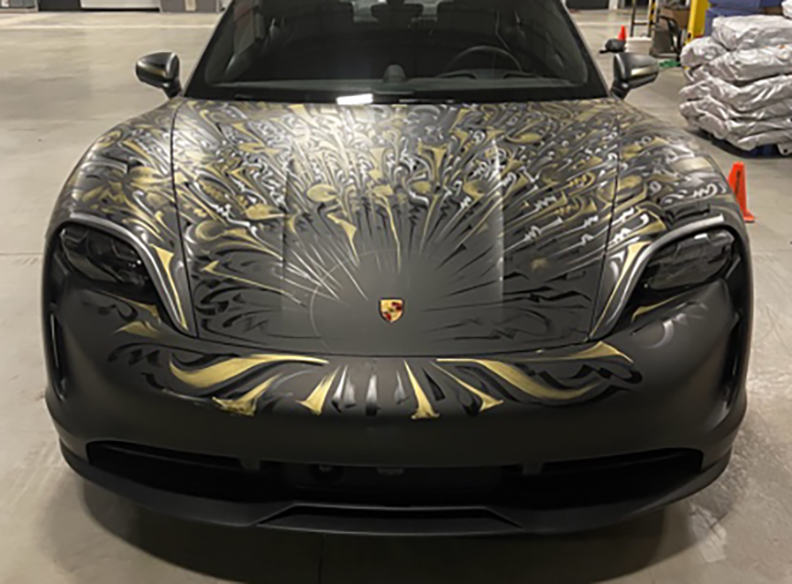 For Promotional Use & Film Protection

Challenge:
1. The painted artwork cannot be permanent and should be easily removable at the end of the competition.

2.The painted artwork could not have the standard clear film applied as it is a wet
app install.

Solution:
1. Using 3M’s 2080 series of wrap films, we were able to wrap a white Porsche in matte white and a black Porsche in matte black. The matte surface provides an ideal surface on which to use water based paints

2. Using 3M’s IJ180-114 clear film with comply technology, we were able to apply the film dry and preserve the water based artwork underneath essentially encapsulating the artwork. 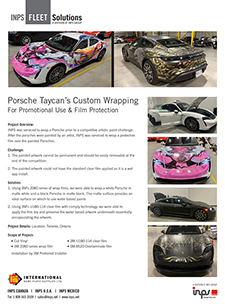